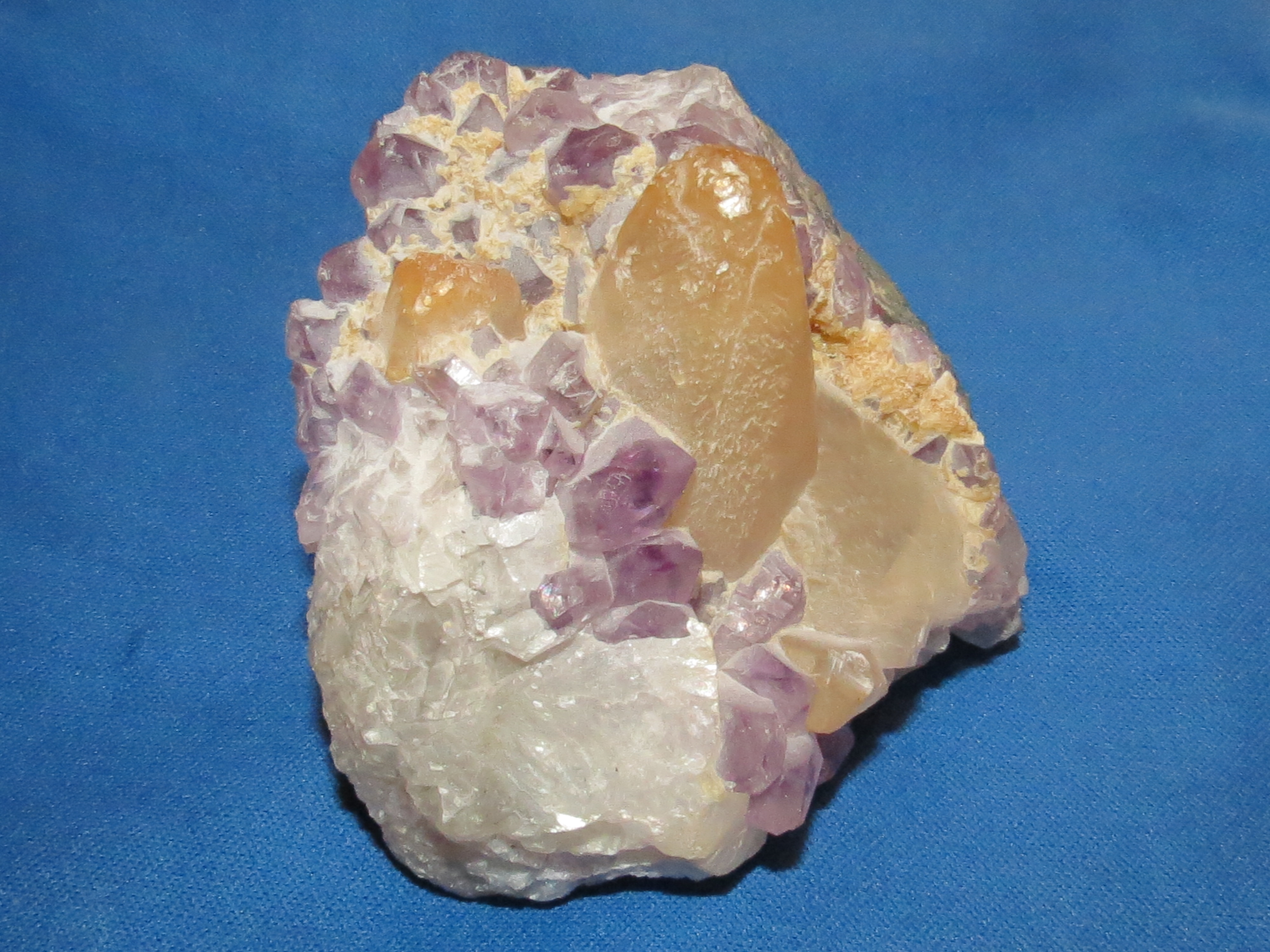 Amethyst, that wonderful pale lilac to deep reddish purple variety of quartz, occur in vesicles in volcanic rocks as well as pegmatite and hydrothermal veins.
Its occurrence is vast, across much of the world. From Siberia to Europe, South America, Asia and Africa. Principal sources are Minais Gerais (Brazil), Zambia and South Korea. You can even find amethyst in the UK. Look for water worn pebbles on Scottish and Cornish beaches.
The name is derived from the Greek amethystos, meaning ‘not drunken’. It was believed that it protected the wearer from drunkenness. In mythology Dionysus sought revenge on mankind for an insult he had received. A young maiden, called Amethystos, became his intended victim. Dionysus created tigers to carry out the deed but Artemis intervened by turning Amethystos into a white quartz stone. Dionysus wept on seeing the beautiful statue, his wine charged tears turning the stone purple.
By coincidence some amethysts contain healed fractures called ‘tiger stripes’.
It was favoured by the clergy, roman emperors and medieval soldiers who believed that wearing an amethyst would enable them to remain cool headed.
Amethysts other attributes include piety, humour and wit. It is said to sharpen the mind and protect the wearer against magic.

Can be heated to light yellow, reddish brown, green or colourless.
The light yellow heat treated type that resembles the quartz variety citrine does not exhibit pleochroism, whereas true citrine does.

Want to learn more about Amethyst? Then visit the Gemmological Association of Great Britain website for available courses www.gem-a.com

For jewellery and silver valuations:   steven@blog.hawksworth-valuations.co.uk 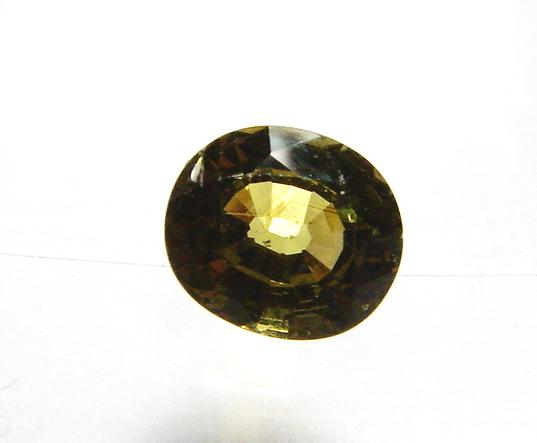 Garnets can vary from pink, through red, to orange, yellow, green and black. Recent finds have now added blue to the myriad of colours. So for someone with a birthday in January the choice of colour and colour combinations is vast.

I deliberately headed this blog with a green Mali Garnet to prove the point that the birthstone for January does not have to be red. Garnets are a very complex group of gemstones.

They are an Isomorphous series, ie they have the same crystal structure, cubic,  but with varying chemical mix.

This continuous blend can, for example, create a mid way garnet type. For example the popular Rhodolite garnet above is a  Pyrope-Almandine mix.

Garnets can appear as inclusions inside other gemstones, for example as in the image of a diamond below.

There are far less common types, which are rarely if ever found in jewellery. There are even garnets from space, such as Majorite which was discovered in a meteorite.

With such a wide diversity in chemical composition other properties such as hardness are varied. The benchmark for hardness is MOHS scale. With Talc at 1 as the softest and Diamond at 10 as the hardest. The scale is (1) Talc, (2) Gypsum, (3) Calcite, (4) Fluorspar, (5) Apatite, (6) Orthoclase feldspar, (7) Quartz, (8) Topaz, (9) Corundum, (10) Diamond.

If you are interested in the science of gemmology I can no more than suggest you attend some of the wonderful courses run by the Gemmological Association of Great Britain  www.gem-a.com Garnet on black tourmaline from India

Garnets are said to protect the wearer from poisoning and illness of the blood.  Perhaps associated with the blood colour of the common garnet – pyrope.

Also associated with red garnets, in ancient times it was believed to remove anger.

George Frederick Kunz noted this in his wonderful book ‘The Curious Lore of Precious Stones’ (1913) that ‘the symbolism of color played a very important part in recommending the use of particular stones for special diseases’.

It  is further said that it will ensure the wearer is faithful and will speak the truth.
VALUE
So how much is a garnet worth?
It all depends on type and quality.

Some garnets by their nature are full of inclusions. A clear pyrope garnet is less valuable than a demantoid garnet with what is known as ‘horsehair’ inclusions. Carat for carat it could be as much as twenty times the value!
This is why it is crucial that the jewellery valuer that you appoint is a qualified and experienced gemmologist. Firstly to determine the garnet type you have in your collection, its quality and its current value.
As a Fellow of the Gemmological Association of Great Britain and a Fellow of the National Association of Goldsmiths Institute of Registered Valuers it is my ethos to ensure that I continue to offer high standards in appraisals.
Steven Jordan FGA DGA FNAG FIRV
Managing Director